Why we chose the eBee X Survey Drone [Interview]

You Are Here: Home → Civil Construction News → Why we chose the eBee X Survey Drone [Interview] 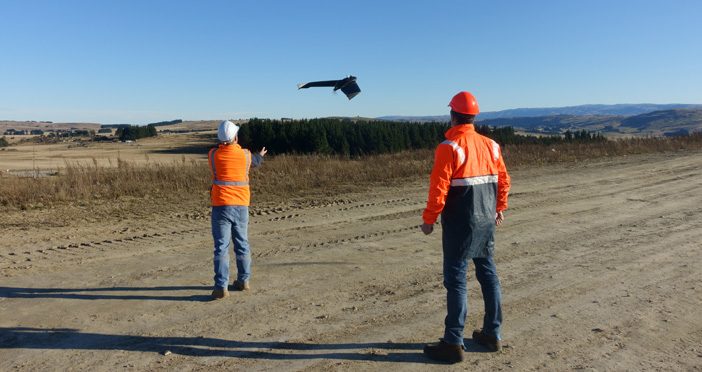 We sat down with Jordan Whyte, Senior Mine Surveyor at Oceana Gold, to find out how their Surveyors are using drone technology and why they chose the eBee X Survey Drone.

GS: Can you give us an overview of the Macraes Operation?
Jordan: The Macraes Gold Mine site in New Zealand’s South Island is the country’s largest active gold producing mine. The Macraes operation has produced more than five million ounces of gold since 1990. The operation employs over 600 people at our Dunedin office and consists of a large-scale surface mine, an underground mine, and an adjacent process plant inclusive of an autoclave for pressure oxidation of the ore.

GS: What are the main responsibilities of the Macraes Survey Team?
Jordan: Our Surveyors are involved in all core aspects of the mining process. Starting with the setting out of drill holes in order to drill and blast the hard rock, marking up the ore blocks as designated by the geologist’s, and then completing asbuilt surveys of the digging areas. As with all Surveyors we are the link between the engineers designs and the operations in the field. We are responsible for ensuring the mine design is marked out and all our pits & waste dumps are built to the design specifications. This helps to keep everyone safe and to ensure we’re keeping the mine performing optimally.

GS: Why do you use aerial surveying at Macraes Gold Mine?
Jordan: The Macraes Operation is spread out over roughly 7000ha of undulating unforgiving terrain and anyone who’s spent any time up here will attest to the trying weather conditions. It’s a place that can be breath taking and inhospitable in the same breath.

To ensure design compliance, we keep an up to date site model of all operational areas that include pits, waste dumps, haul roads and tailings storage facilities. We used to do this with GPS but we’ve since moved onto drone technology. Drones give us the ability to be able to survey large areas accurately and more completely than traditional survey methodology.

GS: What were the key factors that made the eBee X fixed-wing drone the right choice for the Macraes Operation?
Jordan: We were well advanced in using drone technology for data capture onsite, but we felt like we had outgrown the existing drone fleet.  We needed something that would work when we needed it to work and be able to handle a mining environment which isn’t always forgiving to survey equipment. The site’s demand for drone data and aerial imagery also meant that our workload was ever increasing. We had done so well implementing the drone data packages that they had become a fundamental part of the Macraes planning process.

Our operating areas were getting bigger each month and the existing drones were being pushed beyond their limits. Our Surveyors were previously using Phantom 4 and Phantom 4 RTK drones which have been fantastic for what they are – but on most mapping missions of 400 – 500 HA, that would require 10-12 battery changes to complete a single mission. So, battery performance really was the key factor at the end of the day. With the ebee X survey drone’s endurance feature with 90-minute battery life – I was interested immediately.

The additional range that the eBee X gives you and how simple it is to operate mean that it’s almost set and forget once it’s airborne. It’s been a great acquisition for the Macraes survey team.

GS: How have the team found getting up to speed with the eBee X?
Jordan: To be honest, we’d become so adept at landing Phantom drones in all kind of conditions that the thought of crash landing a fixed-wing drone in our harsh environment left a few of us a bit nervous. But those fears were soon put aside when we understood the capabilities of the eBee X. The strong radio signal and speed of the eBee X in flight meant we were able to position ourselves further outside the operation in ideal take-off and landing zones, safe in the tussock areas where we could ensure a smooth landing.

And from there, the eBee X hasn’t missed a beat. We’ve mapped large operational areas, rehab locations, future projects big and small, completed design compliance surveys, end of month reconciliations, you name it we’ve put it through its paces.

It really helped having the Global Survey team by our side, they’re proactive in presenting new opportunities to us and making sure they understand our needs. We can always rely on their outstanding support and expertise and we’ve really appreciated all their assistance in helping us roll out the eBee X survey drone. 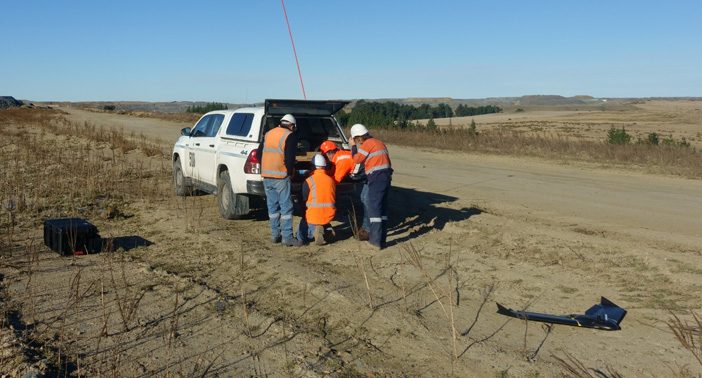 GS: How has using the eBee X impacted on the Survey Team’s work?
Jordan: The main thing really is the ease of use. Compared to a Phantom where we might have been changing out batteries 10-12 times on a larger mission, we’re now doing that only once or twice.

We’re spending all our time mapping and not transiting which is great. It’s given us great confidence in mapping large areas and allowed us to improve the overall coverage we can offer the mine. The PPK workflow is simple to use and saves us hours of time setting out ground control. It’s as accurate as we need it to be without much of the hassle.

At the end of the day, we’re service providers to the mining operation and our customers are happy.

To contact our team for more info on the eBee X Survey Drone email us at info@globalsurvey.co.nz

SHARE THIS ARTICLE
Case Study: Our Scan to BIM JourneyExpand Your Project Capabilities: A Surveyors’ Guide to Fixed-Wing Drones [Webinar]